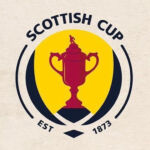 The draw for the 5th round of the Scottish Cup was made this evening (Sunday 22nd January 2023).

With our 4th round draw at Prestonfield postponed yesterday, and scheduled to be played on Tuesday evening, Raith Rovers and Linlithgow Rose were represented by ball number 11Â in tonight’s draw.

Ball number 11 was first out of the hat, and the winner of our 4th round match has been selected to play SPFL Premiership side Motherwell (who were ball 13 in the draw) at home.

Scottish Cup 5th Round matches are scheduled to be played on the weekend of Saturday 11th February 2023, with the exact date and kick-off time to be confirmed subject to live televised fixture selections being made and announced by the Scottish Football Association in due course.