Defender Connor O ‘Riordan has joined Rovers on loan from EFL League 2 Crewe Alexandra. The loan is scheduled to run until early January 2023. 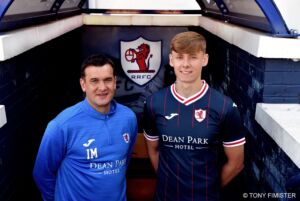 The 6ft 4in defender turns 19 in October, and came through the highly – respected Academy at The Alex. He has also spent time at Kidsgrove Athletic and Nantwich Town on loan.

HeÂ made his debut and first start for Crewe whilst still an Academy scholar, in December 2021 and January 2022 respectively, against Doncaster Rovers in the EFL trophy and then v Rotherham in EFL League 2. He later signed his first professional contract with Crewe Alexandra at theÂ end of the 2021â22 season.