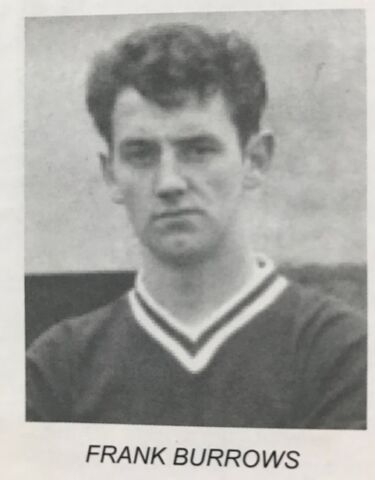 It is with great sadness that the club have learned of the passing of former Raith Roversâ player Frank Burrows. Frank signed for the Rovers from Fishcross Juveniles, Clackmannanshire on the 6th of July 1961 and went on to make 99 appearances scoring 1 goal for the club. He made his debut against Dunfermline Athletic in a 1-1 draw in a Scottish League tie at East End Park on 25th of August 1962. His impressive performances at centre half soon attracted other sides. He was transferred to Scunthorpe United in May 1965.

Once again his performances brought him to the attention of other teams and after 106 games for Scunthorpe he moved to Swindon Town in 1968. Frank was a major factor in helping Swindon have their most successful ever season in which they won promotion from Division Three and won the English League Cup in the 1968-69 season. After nearly 300 appearances for Swindon Town, he finished his career with Mansfield Town.

He then moved into coaching; he was assistant manager to Jimmy Dickinson at Portsmouth, before taking over the managerâs job himself. He won Portsmouth promotion from the English Fourth Division. He was assistant manager at Sunderland before taking on the managerâs job at Cardiff City, where again he managed a promotion winning team. He then returned to Portsmouth, briefly, before a productive four-year spell at Swansea City, where he led them to the 1994 Football League Trophy final. He returned to Cardiff City and won promotion once more.

He then worked at West Ham United under manager Harry Redknapp and from 2000 until 2004, he worked as assistant manager to Gary Megson at West Bromwich Albion. He was caretaker manager at both West Brom and Leicester City.