The club have moved to strengthen our creative options for the new season, signing wide midfielder Aidan Connolly on a 2 year contract.

25 year old Aidan most recently played for Falkirk, and of course is a familiar face to the Rovers support having spent a 4 month periodÂ at Stark’s Park in season 2015-16 when former manager Ray McKinnon signed him on a short-term deal after he was freed by Dundee United.

Aidan started his football career at Queens Park in 2012, and joined Dundee United in 2013 along with current Scotland skipper Andy Robertson.
During his 3 year spell at Tannadice he spent time on loan at Brechin City, before joining the Rovers in January 2016 for the clubs run toÂ the SPFL Premiership Playoff Quarter Finals that ultimately ended in defeat at Easter Road. 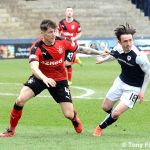 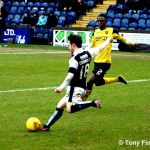 Aidan also played for York City in the English National League for 2 seasons before joining Dunfermline Athletic in season 2018-19 and then Falkirk in 2019-20.

Aidan talked to RaithTV after signing on for the new season: