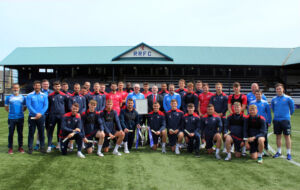 Raith Rovers Football Club were delighted to welcome Neale Hanvey MP to Stark’s Park this week after he passed an Early Day Motion in Parliament regarding the club’s recent success in the SPFL Trust Trophy.

Mr. Hanvey came to Stark’s Park in the build-up to tonight’s game and presented each of the squad with a personal copy of the motion as well as presenting First-Team Manager, John McGlynn with a framed version.

The motion paid tribute to the club’s triumph over Queen of the South at the beginning of the month – recognising the leadership shown by the likes of Club Captain, Kyle Benedictus and Match Captain, Ross Matthews as well as the dedication shown by the rest of the squad, notably shown by goalscorers, Matej Poplatnik and Ethan Ross.

We thank Mr Hanvey for his support.

our Interview with Mr Hanvey on Raith TV Here 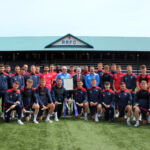 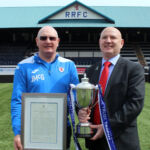 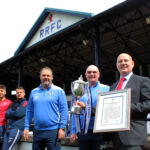 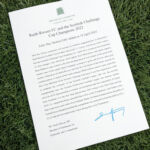