We approach the last session of the Walking Football Scotland East Region League 2021 knowing that winning the leagues is largely out of our hands. Having played a game more than us St James are 6 points ahead and with a much better goal difference. We need them to lose at least one game and drop points in the other for us to win. However, second place (and entry into the Scottish Champions League) is still very much up for grabs so today’s mission will be to win all three games.

Carnoustie are a well established walking football team so we were expecting a hard match. Things go well at the start and in 2 minutes a free kick from Scott Jackson finds John Wylie and he slots home the opener. It’s a short lived lead as two minutes later Carnoustie equalise. It’s a tight hard fought game going backwards and forwards with Carnoustie taking the lead in 9 minutes and Raith equalising through Harry Younger a minute later. In 14 minutes a poor pass out from the keeper allows Harry Younger to shoot and score and we’re back on plan for 3 wins today. And then disaster in the 17th minute as Carnoustie score and the heads go down. However we hold on and secure the draw.
3-3 Draw.

At the start of the day Arbroath were only 3 points behind us. With our draw and their 5-1 win over Saints in the Community it’s now only a point between us and it’s likely that the winner of this game will claim second place. It’s a tight game with very little given away with both teams desperate not to lose but also aware that the winner will likely take all. And then on 11 minutes John Wylie finds the ball at his feet and scores a cracker. But it’s short lived as a third running offence brings the inevitable penalty a minute later. Arbroath score and we’re back to square one. And on 15 minutes Arbroath take the initiative and go a goal ahead. However two minutes later a quick free kick to John Wylie and we’re back on level terms. The game continues in a hard but fair manner and looks to be heading for a draw when John Wylie again hits the back of the net. There’s just enough time to get the ball back to the centre spot when the hooter goes and it’s full time.
3-2 Win.

The result of the last game makes this a meaningless game results wise but we’ve played United many times and they’ve always been tough games with not much separating the teams. However we get off to a good start with 2 goals in the first 4 minutes. Both scored by Scott McIntosh from passes by Scott Jackson. United come back though with two goals of their own so with eleven minutes gone it’s 2-2. The turning point in this game comes in 16 minutes with an own goal to give Raith a 3-2 lead. The game peters out a bit with a further goal from Harry Younger in 18 minutes sealing the result.
4-2 Win. 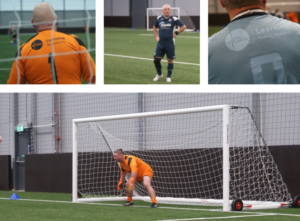 Conclusion
It’s been a stressful day for those on the pitch and off but at the end of the day a successful one. From finishing 5th the last time the league was played to finishing second this time round it’s been a journey. So now we move on, due to our second place finish, to the Champions League which will be played in February next year. Five games in a day against North Lanarkshire, Heart of Midlothian, Giffnock Soccer Centre and Townhead Strollers and St James. 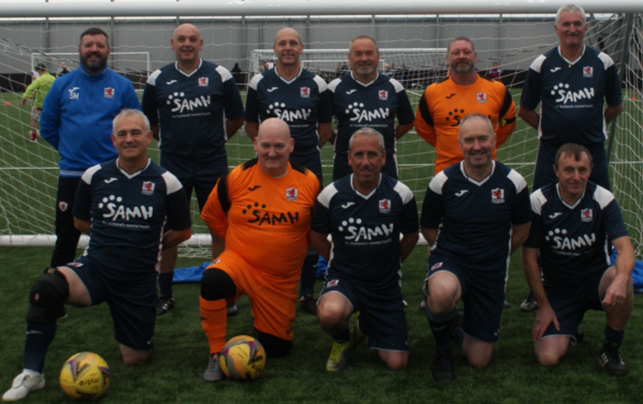 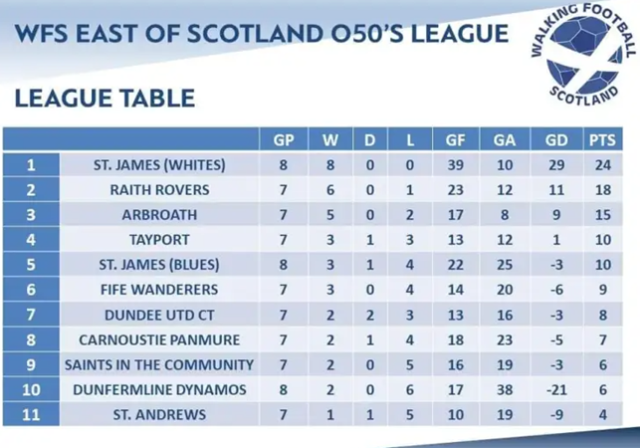