League Cup Round of 16 Draw 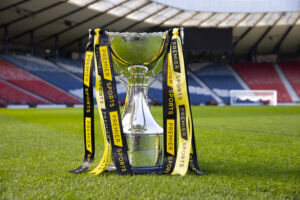 The draw was made this evening (Sunday) for the Round of 16 in the League Cup, sponsored by Premier Sports.

Rovers have been drawn to play Aberdeen at home.

Second Round ties are scheduled to be played the weekend of August 14th & 15th.

The tournament reverts to a traditional knock-out format from this second round onwards, with ties decided by extra time and penalties if the scores are level after 90 minutes.