Project Inspire – Have Your Say On Our Future

This week, everyone in the Rovers family will get their chance to have their say on the club’s future.

There are a growing number of groups and organisations that fall under the RRFC brand, and it’s important that they are guided by a shared set of values. A survey will be sent out from the club, the community foundation, and the supporters’ groups to capture and articulate what the wider ‘Rovers Family’ stands for – its vision, its values and behaviours, and how these could be promoted as a brand as part of a wider aim to improve the club’s overall performance. 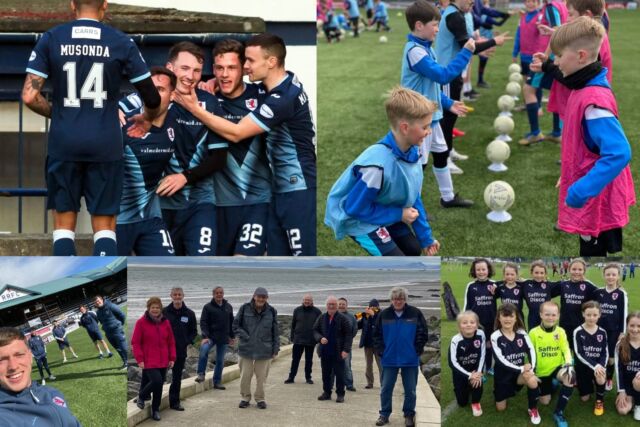 With its special history, Raith Rovers sits at the heart of the local community, contributing to its well-being, more so than many imagine. It plays a part in many people’s lives – fans, players, volunteers, employees, suppliers, local businesses, along with the many kids and adults playing on the hallowed turf every week.

A lot of improvement work has already been going on while fans have been kept away from the ground – stadium improvements have been underway during the lock-down, our Community Foundation is expanding, and we’ve just established the Stark’s Park Foundation.

As things begin to open up again, there’s a need to promote a clear vision and collective identity to grow the Rovers Family who can help build and benefit from a successful, sustainable club, providing life-long benefits and memories for many years to come.

Project Inspire, co-sponsored by John Sim and Bill Clark (along with the support of the rest of the board, John McGlynn, and the Community Foundation trustees) is being driven from the bottom up to develop this collective vision. Work has already been going on behind the scenes for several months. Briefings to the board, non-playing staff, Foundation trustees, and Raith Forum have met with a very positive response. We’re now looking to get feedback from the wider fan base.

Supporters with professional expertise have helped develop a survey based on input and feedback from these briefings.

Fill out the survey here

Together, we look forward to building a stronger Rovers Family that is recognised for the values and behaviours that it stands for, that we are all proud to call our own.