It is with great sadness that the club have learned of the passing yesterday (Monday 22nd of February 2021) of former Raith Rovers player John Bolton aged 79. He served Raith Rovers over two separate spells in his career.

“Jake”, as he was affectionately known, was born in Lesmahagow in October 1941. He signed for Raith Rovers on the 15th of February 1961 from Sauchie Juveniles.

He made his first team debut on Saturday 29th of December 1962 in a 2-1 defeat away at Cathkin Park to Third Lanark. 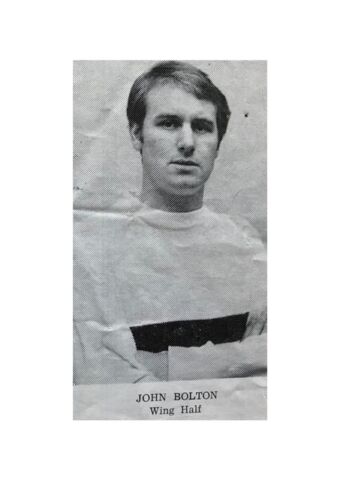 He immediately formed a successful centre-back partnership with another youngster – Frank Burrows.

After only 22 appearances for Raith Rovers, Jake Bolton was sold to Ipswich Town in May 1963. He moved to Suffolk around the same time that Ipswich signed the Rovers’ goalkeeper Jim Thorburn.

In June 1967, Jake Bolton returned to Stark’s Park to help the Rovers’ first campaign back in the old Scottish First Division. Tommy Walker brought him back to the club. He would go on to play a further 92 games for Raith Rovers, scoring two goals.

Recently, Jake Bolton has appeared as a Rovers’ legend at the Hall Of Fame evenings and has attended the popular Rovers’ Down South dinners.