Raith Rovers are delighted to announce the extension to the contract of another of our young players.

Midfielder Dylan Tait (18) was already contracted until the end of season 2020-21, but the improved extension he has signed ties him to the club until June 2022, and is a reward for his dedication and commitment since first signing in January 2019

“Dylan’s extended contract is well deserved following his performances since breaking into the team this season.

His workrate, commitment and desire have allowed him to reap the rewards, scoring 3 goals as well as providing 1 assist up at Forfar in a crunch league fixture” 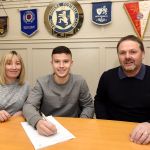 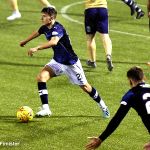 Showing composure on the ball