Tickets for the 2018 Raith Rovers Hall of Fame go on sale this weekend – and organisers are warning fans to expect them to sell out very quickly!

Next year’s event is on Monday, November 12 at the Adam Smith Theatre and tickets for it go on sale from the theatre box office only at 10.00 a.m. on Saturday morning. They are available only in person, and up to a maximum of four per person. There is no online sale.

This year’s show saw a huge queue at the theatre – the biggest in living memory – and all seats were snapped up within 80 minutes.

The Hall of Fame is organised by Alistair Cameron, Willie MacGregor, Allan Crow and John Greer, and, over the past six years, has established itself as the most successful show of its kind – and the only one staged in a theatre setting.

The night also featured interviews with VIP guests Chris Kamara and Ray Parlour, and a host of Rovers’ legends.

Alistair Cameron, said: “The demand for tickets this year was amazing. Even after we sold out, there were still people being added to the waiting list and asking for returns. It was hard turning so many people away, but the building was full. Chris and Ray also went away with a hugely positive impression of the night, and of Raith Rovers. They were given a wonderful welcome, and loved the night – it was great to hear Chris say on stage that what we have is unique.” 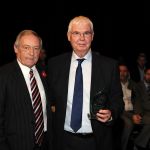 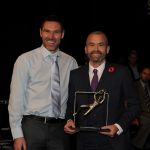 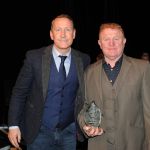 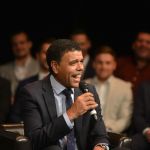 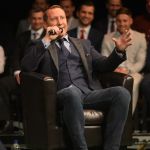 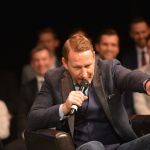 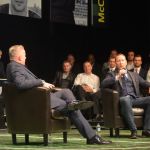